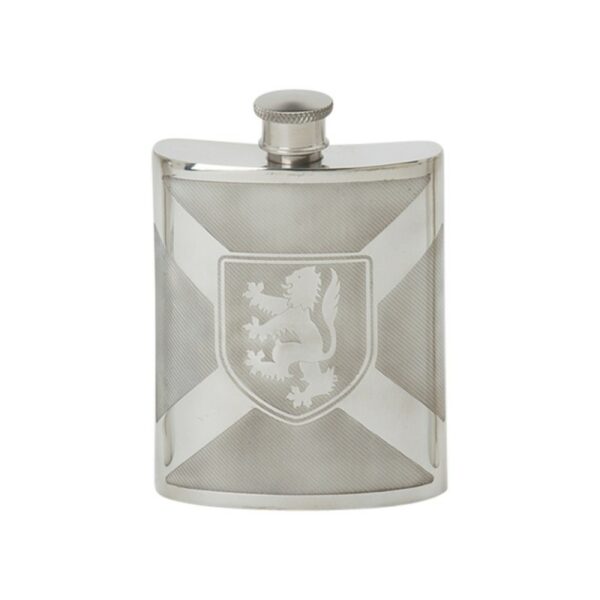 1 in stock (can be backordered)

The Saltire Lion Pewter Flask is double-sided with the pattern on the back and front of the flask. This flask is made in England from 100% lead free pewter.

A saltire, also called Saint Andrew’s Cross or the crux decussata, is a heraldic symbol in the form of a diagonal cross, like the shape of the letter X in Roman type. The word comes from the Middle French sautoir, Medieval Latin saltatoria (“stirrup”).

The Lion Rampant originates from King Richard’s reign, with the English using an emblem of a rampant lion on its hind legs. This lion was eventually used for the Scottish Coat of Arms and incorporated into the Great Seal of Scotland.  It is the the Royal Standard of the King or Queen of Scots and is the personal banner of the monarchs and used on the flag of the monarch.

There are no reviews yet.